The Sustainable Development Goals (SDGs) are a set of 17 goals which were adopted by the United Nations during the year 2015. These goals are part of the 2030 Development Agenda, and the targets should be met before 2030. The SDGs came into effect in January 2016, and they were adapted to all countries, actors, governments, companies and citizens.

Taking the water resource as a point of discussion, the UN estimates that there are currently 700 million people in 43 different countries suffering from water shortage problems. Likewise, it forecasts that 1,800 million people will live in countries or regions with no access to water and two thirds of the world’s population will have access to water under water stress conditions by 2025. In the current context, in which the world is suffering the effects of climate change, almost half of the world’s population will live in regions suffering from water stress by 2030, including big towns and regions in Africa. In addition, water scarcity in arid or semi-arid areas will result in major migratory movements. In relation to that, the Grand Ethiopian Renaissance Dam (henceforth GERD) is one of the promising facilities that intendeds to address many issues listed in the SDG targets. 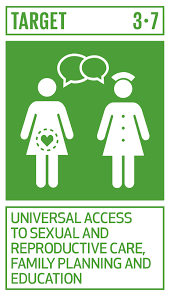 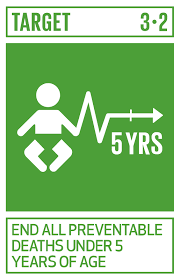 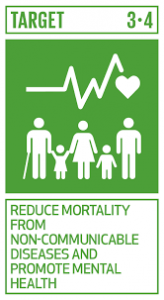 A study conducted at the National Data Management Centre for Health at EPHI[1] presents the advantage of GERD from different dimensions. It mainly focuses on the implication of the dam to achieve health related SDG targets among countries of the Nile Basin. To do so, it has used data from the 2017 Global Burden of Disease’s study which forecasted the progress of SDG indicators between 2015 and 2030. In that regard, reflections have been made on the implications of GERD to ensure reliable energy and health related SDG targets among the Nile Basin Countries. For the sake of making valid comparisons between different countries, the study used four major plans planned in the SDG targets.

As ending hunger is one of the SDG targets, the study has shown that the prevalence of wasting and stunting in Ethiopia during the year 2021 is estimated to be 8.6% and 41%, respectively. Among the listed Nile Basin Countries, only Egypt, Kenya, Uganda, Tanzania, and Rwanda were estimated to have a 5% or lower prevalence of wasting and stunting. Besides, with the exception of Egypt, it has been found out that almost all countries of the Nile Basin have the prevalence of stunting with more than 30% during the year 2021.

Moreover, according to the data shown in the study, Egypt, with regard to stunting and wasting, has proved to show figures that are close to the SDG targets of ending hunger.

As the study keeps the discussion, the presence of good health and well-being appears to be another SDG target, and Egypt has achieved the SDG target of maternal mortality ratio of less than 70/100,000 population. However, Ethiopia, Uganda, and Rwanda were estimated to have a maternal mortality ratio of less than 200/100,000 during the year 2021. Conversely, during the same year, the rate of under-five morality in Egypt has been 15.7/1000 live births. Parallel to this, the coverage of essential health coverage in Sudan and Egypt has reached more that 62% and 68%, respectively. Nevertheless, Ethiopia, Eritrea, South Sudan, DRC, and Burundi registered health service coverage of below 5%.

As a final remark, the availability of affordable and clean energy is another SDG target planned to be met. The study has compared countries with the weighted prevalence of air pollution. In that regard, Ethiopia, Uganda, Tanzania, Rwanda, South Sudan, DRC and Burundi have shown a 50 % of risk-weighted prevalence. However, in Egypt the weighted risk prevalence of house-hold air pollution appears to be 0.3%, which is insignificant as compared to other countries in the Nile Basin.

How will GERD Assist Ethiopia to Achieve SDG Target?

The study has stipulated that GERD has a strong potency of empowering Ethiopia to meet the SDG targets in many ways. First and foremost, it has been shown that the dam will ensure better health conditions and livelihood for the people through increasing health facility electrification in Ethiopia. Second, it is expected to improve household income through irrigation, which will correlate with many positive results. Third, there will be better provision of clean water and energy used for different purposes. Last but not least, GERD will enable Ethiopia to secure affordable and clean energy. Needless to say GERD is going to bring dramatic changes in the livelihood of the Ethiopian community; it is also going to make Ethiopia shine in the arena of development all across the globe. 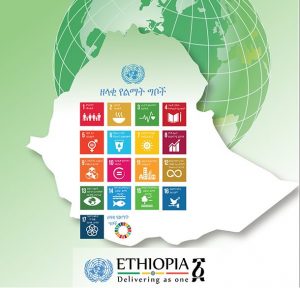